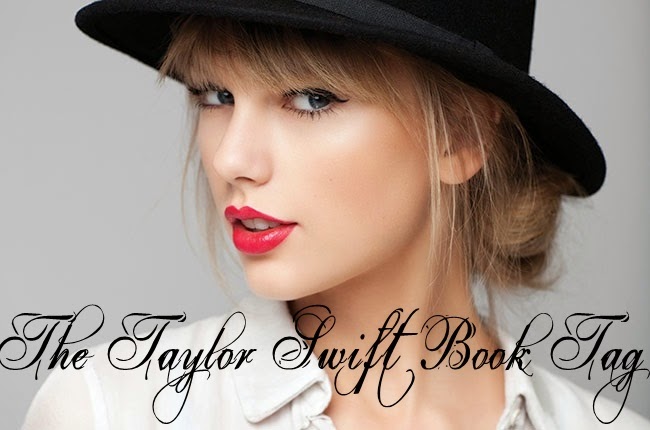 It's time for another tag!  I saw this tag over At Reading is Dreaming with Open Eyes and thought it looked pretty fun considering I'm pretty much a hard-core Swiftie :D  That and a bunch of other people/bands... but they don't have tags do they??  So anyway, hop on over to Veronika's post to see her answers and where the tag came from and all that jazz.  Also, like Veronika did, I'll put the songs in here too so you can listen to them if you like and haven't heard them before!  Let's get started!

1.  We Are Never Getting Back Together
A book or series you were pretty sure you were in love with but then wanted to break up with

The Sisterhood of the Traveling Pants series.  I remember this being one of the first series' I read I thought it was amazing and everything but then when I read the last book, I could barely get through it.  So I reread the series and it all seemed so horrible!

Seven Minutes in Heaven by Sara Shepard.  This is the sixth book in The Lying Game series.  Which is mysteriously similar to the PLL series...


3.  The Best Day
Pick a book that makes you feel nostalgic 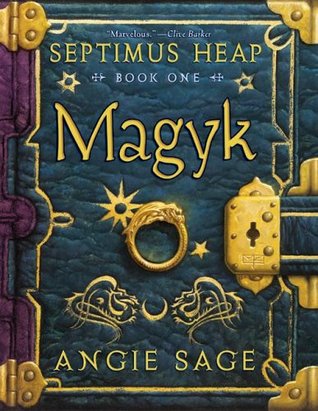 Magyk by Angie Sage.  I have no idea actually why this makes me nostalgic.  It just does :)  Maybe it's because I read it back when I was really young and now when I read it, I remember everything I thought at every place I thought it when I read it if that makes any sense.

4.  Love Story
Pick a book with a forbidden love

Embrace by Jessica Shirvington.  This series is perfection!  The forbidden romance is between Violet and Lincoln and although it isn't forbidden forbidden, it's still a pretty big no-no until they get into later books in the series.


5.  I Knew You Were Trouble
Pick a book with a bad character you can't help but love

So I'm interpreting this two different ways.  This is the first way: a truly bad character that's the antagonist.  Which would definitely be Amy in Gone Girl by Gillian Flynn.  She's such a brilliantly written character and I was in awe as I read this book.

The second way: just a 'bad' character with flaws and such.  Kaiden is the classic bad boy and I instantly loved him when I read Sweet Evil by Wendy Higgins in the Sweet Trilogy.  He's a pretty complex character although I'm pretty sure Amy still takes the cake.

6.  Innocent
Pick a book that someone ruined the end of

Flowers for Algernon by Daniel Keyes.  This was such a heart-breaking book to read and one of my friends had read it before me for school and they spoiled the end (which is kind of like Allegiant except worse).  It was horrible.


7.  Everything Has Changed
Pick a book that has a character who goes through extensive character development

Celaena Sardothien undergoes so much during Heir of Fire by Sarah J. Maas (the third book in the Throne of Glass series).  That line at the end - it's just beautiful (if you've read the book, you get it right??).

Po and Katsa from Graceling by Kristin Cashore (first book in the Graceling Realm series).  I love their relationship because it suits them so well.  Katsa could never be tied down and Po is in the perfect position (read the book!!) to accept that.  They're just amazing together.  I did have a hard time deciding between Po and Katsa and Annabeth and Percy from the PJO series!


9.  You Belong With Me
Most anticipated release

This was such a hard choice between Heir of Fire by Sarah J. Maas, Ignite Me, and Winter by Marissa Meyer but I decided Ignite Me by Tahereh Mafi.  I'm not sure if this question is for current anticipated releases or past ones but I'm going with both.  When Ignite Me came out, I got it at midnight and read it in 3 hours.  It was fabulous!  I currently can't wait for Winter by Marissa Meyer but also the fourth book in the Throne of Glass series!


10.  Come Back, Be Here
Pick a book you wouldn't lend out to anyone for fear of missing it too much

This goes to four (really five) books!  Bitterblue and Fire by Kristin Cashore, and Heir of Fire, The Assassin's Blade, and Crown of Midnight by Sarah J. Maas.  Sorry The Assassin's Blade isn't pictured...  I have Graceling and Throne of Glass as ebooks.  I reread these all so much (like every two weeks or so) and I never get sick of of them!

11.  Teardrops On My Guitar
Pick a book that made you cry

Harry Potter and the Half-Blood Prince by J.K. Rowling is the first book that comes to mind.  You know, when that one person DIES and it's a set-up and ughhhhh!!  I had to stop reading for like 10 minutes because I couldn't see the words through my tears :P  Do you know my struggle??


12.  Shake It Off
Pick a book that you love so much you just shake off the haters

Half-Blood by Jennifer L. Armentrout or more generally, The Covanent series.  This book will always have a special place in my heart.  Yes, people say it's suspiciously similar to Vampire Academy but that doesn't mean I love it any less!  I'm a fan of both series'.


13.  Blank Space
Pick a book that you will always make space for on your bookshelf (even if it means kicking other books out)

So I made this one up because I saw this tag a while ago and Blank Space went viral just a couple weeks ago!  I know it's horrible compared to the other prompts but it's all I could think of - especially because there are different tones in the song (love the sarcasm).  This was a toss-up between The Book Thief by Markus Zusak and the PJO series by Rick Riordan!  They are both so special to me.


This is an open tag!  I know some people are really annoyed by T. Swift and some people (like moi) love her so I won't tag anyone in particular.  Do what your heart desires!
Posted by Laura @BlueEyeBooks at 9:36 PM