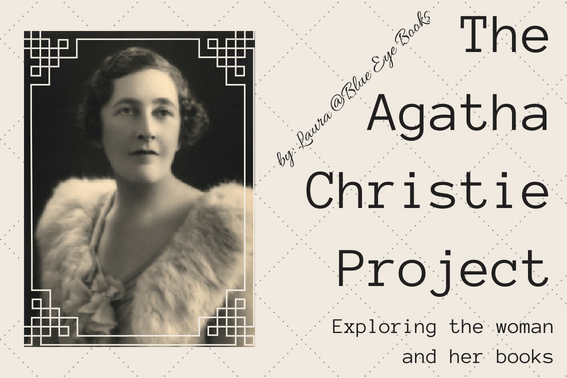 During the year 2014 I read my first Agatha Christie book, And Then There Were None, and fell in love.  I kept reading more and more books that she wrote and before long, I had been gifted with a collection of thirty-five Agatha Christie paperbacks on my birthday in 2017.  At present, I have a full shelf dedicated to her works.  As such, I thought it appropriate to finally make this something of an official, documented effort.

The goals of this project are as follows:
1.  To read every book published by Agatha Christie
2.  To read at least two biographies as well as her own autobiography
3.  To watch every movie adaptation of her books
4.  To see at least one of her plays

This page is organized into four different categories.

The books listed are those which I have completed and are linked to my review (unless I don't have a review posted yet; then they will be linked to Goodreads)!  I'll be periodically adding more as I complete them.  They are organized by series and there is some overlap (for example, Cards on the Table appears in Hercule Poirot, Colonel Race, Ariadne Oliver, and Superintendent Battle's series').  Short story collections with multiple protagonists will go under the listing that is on Goodreads (usually the primary protagonist).  Keep in mind also that many of these have been retitled since their original release back in the mid 20th century.  I have listed the titles known to me.

Superintendent Battle:
Cards on the Table (#3)

No Series Affiliation:
Why Didn't They Ask Evans? (The Boomerang Clue)
And Then There Were None (Ten Little Indians)

As of yet I haven't read any biographies or autobiographies but once I do, they'll be listed here, like the fictional novels above.

Below are listed the movie adaptations I've seen of Christie's work.  They are linked either to IMDB or my review (if I happen to have one posted).

I have not had the pleasure of seeing any of Christie's work in play form yet.  However, when I do, they'll be listed in much the same way as the movies above.