An Update: The Fall of Blue Eye Books (only temporarily!) and the Role of Priorities and Compensation 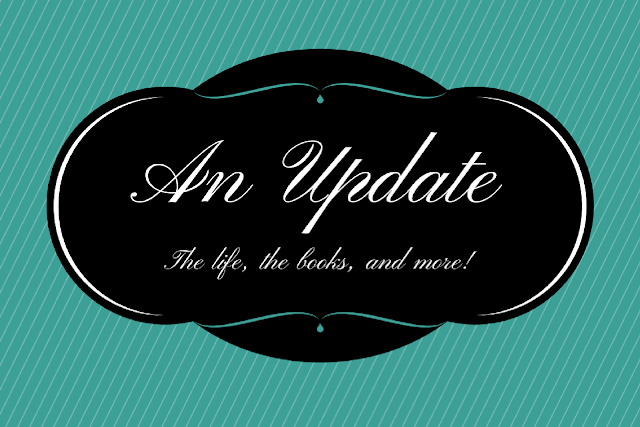 Hello!  Yes, I'm still here and I hope to continue to be here for a long time.  However, I think I'm long overdue for a little life update (mostly to put at ease all the authors and bloggers that have emailed me and my own inner SpongeBob that's running around setting filing cabinets on fire).


So without further ado, let's get personal.


What's happening?
A lot, that's what.  As many of you know, I'm currently a full-time university student.  I'm currently finishing up my penultimate year which means the classes and responsibilities related to my schoolwork are ramping up to a new level.  I'm currently juggling being the co-president of an organization, three part-time jobs (I work in the Honors office, in my local Center for Writing Excellence as a Writing Consultant, and I also do freelance editing), and schoolwork for two completely separate majors.  It's a lot.  All the time.  Something I've been discussing with quite a few of my IRL friends is how intense schoolwork is because it isn't like most other work.  You aren't just done when your classes end.  There's work associated with every class that bleeds into the rest of your day and this means that personally, I spent pretty much every waking moment on coursework.  Next year will only get worse as I add in research on marine vertebrates on top of everything else.


Why am I doing so much?
Being in university is great.  You learn so much in such a short time and it gives you a great space to stretch your mental muscles.  I'm also so lucky and so privileged to be able to attend secondary school at all so I savor every minute.  But if I enjoy it so much and if I'm taking such a full course load, why do I do the rest of it?  It all boils down to finances.

University (at least in the US) is extremely expensive.  I'm going to a university that's on the low end but I'm still spending tens of thousands of dollars to attend this school for four years and every year I stay, I add on thousands of dollars to my student loans.  If you know anything about loans at all, you know this isn't great.  So basically, I need to be making as much money as possible to mitigate my debt but also take as many classes as I can (to cut down on the time I'm there) which translates to working during every spare moment that I have.

After I graduate, I'll be expected to find a well-paying job within the six month grace period that the distributors of student loans allow you before I start paying them off.  This means I need to make myself as attractive a candidate as possible.  Hence seeking out leadership positions and taking on the time consuming task of being co-president of an organization.  This also plays into my employment.  There's an incredible amount of pressure to get at least one internship while in college or, at the very least, get extensive experience with the field you expect to go into.  And you guessed it!  Hence all the jobs I hold that, while they don't pay very well, provide me with valuable experience.


Why does this impact my blogging?
Unfortunately, bloggers aren't compensated for their time (which is a whole other can of worms to unpack in another discussion post).  May addresses it perfectly in both her Blogger Appreciation post and in her ARC post.  Time I spend blogging could be spent either working (so I have enough money to keep myself alive) or doing coursework (to improve my grades/qualifications so I have a better chance of a stable financial future in a year and a half).  This means that blogging has fallen to the bottom of my priority list.  It's the thing I do when I'm done with everything else except the problem is I'm never done.  Every hour of my life is now scheduled with school, work, meetings, or sleep.  Not really much space for blogging in there.  Basically, I need a time-turner.


This isn't super related but I couldn't resist this meme :)

Does this mean I'm quitting?
No, absolutely not!  I love blogging and there's a reason I started blogging in the first place.  However, I can't keep going for the next year the way that I have been.  I keep putting in place plans for scheduling posts ahead of time, etcetera but it never works out because that still requires constant maintenance.  I don't have consistent times that I can dedicate to blogging because my schedule and my exhaustion level are so variable.

Bottom line: no worries about the title of this post, I'm not going away for good.  But I can't promise any kind of consistency in my posting schedule.  I start out with a great schedule and with all the best intentions but the truth is that my life is changing at break-neck speed and blogging is the lowest on my list of priorities.


Coincidentally, also my philosophy on DNFing :)

What does this mean for Blue Eye Books?
I'll still be here, but I'll be here a little less (which is kind of already happening in case you hadn't noticed!).  In terms of specifics things:

50/50 Friday's:
This is the one feature I'm going to try my best to keep up with.  Carrie and I (let's be real, it's been all Carrie this past year) set the topics months ahead so these will be easier to keep up with.  I've been a truly awful co-host and it's time to remedy that.

Reviews:
These will happen when I have time and the motivation.  I used to write an extensive, 500 word review for every book I read but that just isn't going to be sustainable for the foreseeable future.  I'm going to write reviews for books I feel passionate about and review books.  I'll also likely be writing more mini reviews.

Review Requests:
I'm still accepting review requests but I'll be accepting a fraction of what I used to only during the months of January and July.

Wrap-ups:
The monthly wrap-up was a nice dream but it isn't at all realistic for me right now.  I'm thinking I'll do quarterly updates...?

Discussions and special features like Recommendations and Guides:
These will also happen when I have time and motivation.  So not that often but probably more often in the summer as opposed to the school year.

Blog-hopping, Twitter, and Instagram:
I'll still be visiting and commenting on everyone's blogs!  I could never give that up.  I may end up doing what I did this week and spend a few days going through the past few month's worth of posts but I'll keep up with them eventually.  I'll also be around on Twitter like I normally am.  Instagram is a little more dicey.  I won't post nearly as often (maybe once a month) but I'll be around occasionally to ogle all of your gorgeous photos.

The current blog design overhaul:
I originally wanted this done by the end of last summer but clearly that didn't happen.  I'm going to take it as it comes and update little pieces here and there.  It'll likely take me another year to get it done but that's to be expected.  This falls at the bottom of the blog priority list right now so it'll take a while.


I'm certainly not the busiest person in the world, but at this point, I'm placing eight hours of sleep above blogging which I think is the right choice.  I can't function on anything less than seven and like everyone always tells me, if you say you'll sleep when you're dead, you'll find yourself six feet under much faster.  I don't mean to get so deep or serious but this is what my life is at this point.  Blogging is still one of my main stress relief strategies but lately, blogging has been taking up too much time in general so I've been transitioning back to just reading.

So bottom line, I won't be here as often but I'm definitely not quitting because blogging is a piece of me now.  I'm five years in and I want to be here in five more years, book gods willing.  I'll see y'all in a few days when I post either my quarterly wrap-up or the next 50/50 Friday, whichever comes first!  I hope you all are having a lovely March :)
Posted by Laura @BlueEyeBooks at 1:00 AM