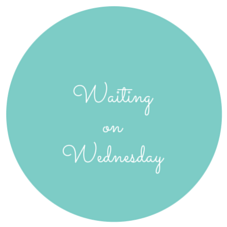 Everyone Celaena Sardothien loves has been taken from her. But she's at last returned to the empire—for vengeance, to rescue her once-glorious kingdom, and to confront the shadows of her past . . .

Celaena’s epic journey has captured the hearts and imaginations of millions across the globe. This fourth volume will hold readers rapt as Celaena’s story builds to a passionate, agonizing crescendo that might just shatter her world. "

This is the fourth book in the Throne of Glass series and the ending of Heir of Fire was so good and hopeful and awesome and I can't wait for this book!!  And look at that cover - beautiful!  It matches Celaena's recent transformation so well too compared to the other covers of the series!  If you haven't read this series yet, I highly recommend it!