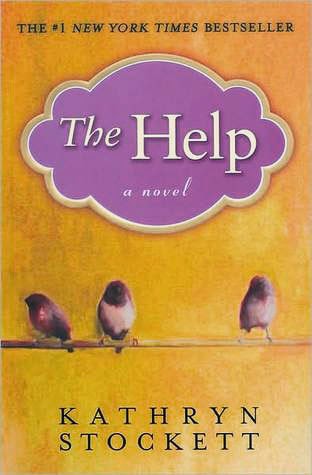 Goodreads Blurb:
"Three ordinary women are about to take one extraordinary step.
Twenty-two-year-old Skeeter has just returned home after graduating from Ole Miss. She may have a degree, but it is 1962, Mississippi, and her mother will not be happy till Skeeter has a ring on her finger. Skeeter would normally find solace with her beloved maid Constantine, the woman who raised her, but Constantine has disappeared and no one will tell Skeeter where she has gone.Aibileen is a black maid, a wise, regal woman raising her seventeenth white child. Something has shifted inside her after the loss of her own son, who died while his bosses looked the other way. She is devoted to the little girl she looks after, though she knows both their hearts may be broken.Minny, Aibileen's best friend, is short, fat, and perhaps the sassiest woman in Mississippi. She can cook like nobody's business, but she can't mind her tongue, so she's lost yet another job. Minny finally finds a position working for someone too new to town to know her reputation. But her new boss has secrets of her own.Seemingly as different from one another as can be, these women will nonetheless come together for a clandestine project that will put them all at risk. And why? Because they are suffocating within the lines that define their town and their times. And sometimes lines are made to be crossed.In pitch-perfect voices, Kathryn Stockett creates three extraordinary women whose determination to start a movement of their own forever changes a town, and the way women - mothers, daughters, caregivers, friends - view one another. A deeply moving novel filled with poignancy, humor, and hope, The Help is a timeless and universal story about the lines we abide by, and the ones we don't."

Some spoilers ahead!Going with Goodreads rating scale, this is actually a 3.5 to me.I really did love this book. I don't usually read books from this time period and it's really cool to have a glimpse into the lives of these people. I find it horrendous, the opinions people had back then. But I also find it fascinating how they could possibly reason that African Americans were less than them. It completely baffles me. Which is exactly the reason why I liked it so much. It portrayed the lives of these women and what they had to submit to everyday because that was simply their life.When the 'book' came out in the book and all the ladies read it, I could barely hold back my laughter. I know it's wrong but I couldn't help but be amused by the fact that these 'fine Southern ladies' had their actions thrown in their face and they were completely confuzzled and outraged.One of the things I didn't like about it was that it ended rather abruptly. Yes, Miss Skeeter went up north to a new job and the book made a difference. And then it ends. There isn't much closure for the rest of the maids besides the fact that Minnie is free from her husband and such. I wish there would have been some sort of epilogue or something. But nope.Also, it just wasn't one of my favorite stories. It was really good, but it didn't strike a chord with me. We're like this *holds two fingers together* but not like this *crosses fingers*.So 3.5 stars!

“You is kind. You is smart. You is important.”


“Ever morning, until you dead in the ground, you gone have to make this decision. You gone have to ask yourself, "Am I gone believe what them fools say about me today?”


“All I'm saying is, kindness don't have no boundaries.”


“Wasn't that the point of the book? For women to realize, We are just two people. Not that much separates us. Not nearly as much as I'd thought.”


“Ugly live up on the inside. Ugly be a hurtful, mean person.”


“Once upon a time they was two girls," I say. "one girl had black skin, one girl had white."Mae Mobley look up at me. She listening."Little colored girl say to little white girl, 'How come your skin be so pale?' White girl say, 'I don't know. How come your skin be so black? What you think that mean?'"But neither one a them little girls knew. So little white girl say, 'Well, let's see. You got hair, I got hair.'"I gives Mae Mobley a little tousle on her head."Little colored girl say 'I got a nose, you got a nose.'"I gives her little snout a tweak. She got to reach up and do the same to me."Little white girl say, 'I got toes, you got toes.' And I do the little thing with her toes, but she can't get to mine cause I got my white work shoes on."'So we's the same. Just a different color', say that little colored girl. The little white girl she agreed and they was friends. The End."Baby Girl just look at me. Law, that was a sorry story if I ever heard one. Wasn't even no plot to it. But Mae Mobley, she smile and say, "Tell it again.”


“I always order the banned books from a black market dealer in California, figuring if the State of Mississippi banned them, they must be good.”


“Sorry is the fool who ever underestimates my mother.”


"All my life I'd been told what to believe about politics, coloreds, being a girl. But with Constantine's thumb pressed in my hand, I realized I actually had a choice in what I could believe.”
Posted by Laura @BlueEyeBooks at 6:11 PM