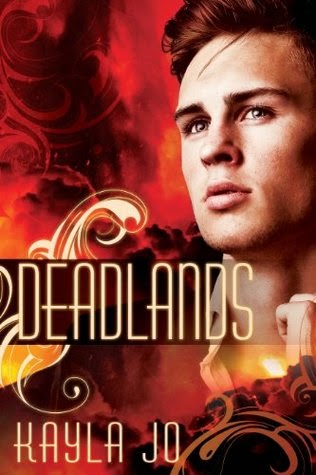 I'm sitting pretty between a 3 and 4 star on this.  I suppose I'll start with how I discovered this series.

*mind cloud* It all started a few months ago when I was cruising Amazon's free books.  I came upon a book by the name of Everwild written by the one and only Kayla Jo.  Because it was free I was like "what the heck" and bought it.  I was impressed by the storyline and such and decided to get the next one (Deadlands) and read it!  And here's where we collide with the present!  See my review of Everwild HERE.

This book was saved by the plot.  Without the amazing plot, I probably would have given it a solid 3 star, possibly even 2.5.  The writing was just so stiff!  I never got lost in the story, having to focus too much on making sense of the dialogue that sometimes didn't use contractions when appropriate.

Also, it seemed to me that the author kept forgetting how mature she wanted all the characters to be.  Especially Willow.  One minute, she'd be so deep and philosophical and the next, she'd be screaming and panicking because a bunch of birds blocked her way.  It was like she's incapable of thinking without Declan and even with him, she's pretty hopeless.  She was just so weak and squeamish!  EVERY LITTLE THING had her screaming and squealing and whatever else.  It got so annoying after a while.  Also, there were such obvious things that she couldn't reason out by herself!  Like how the Elves referenced "The Three" and Willow couldn't possibly fathom what THAT meant.

With all the aside, the rest was pretty good.  The plot was just excellent.  There were so many plot twists and adventure.  The ending was perfect as well.  Not necessarily a cliffhanger but it still made me want to read the next one!

Find on Goodreads
Find on Amazon
Posted by Laura @BlueEyeBooks at 4:24 PM