Katy from the Lux series by Jennifer L. Armentrout

I think most bookish people hear me on this when I say I thought it was so awesome that JLA made Katy a bookworm and a blogger.  Her dedication to her books and blog is so awesome and I feel the same way.  Other than that, her stubbornness is also very like me and she feels a need to protect everyone in her life but also likes feeling protected.  And, of course, she's drawn to the supernatural! :) 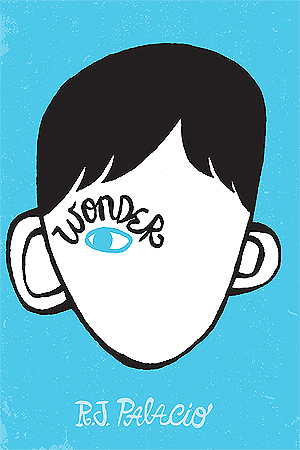 August from Wonder by R.J. Palacio

This book is all about a kid who doesn't really fit in based on his appearance and he softens his classmate's attitudes towards him.  I've never really had to deal with any type of discrimination and I think of myself as a chameleon and I can fit wherever I go.  August, however, is committed to being totally himself and not changing himself and consequently, he has to deal with a lot of hate before people start to accept him.  I don't think I could ever actually do something like that and I really admire August's character.


Next Week's Topic: Most/Least Favorite Cover
Posted by Laura @BlueEyeBooks at 1:00 AM